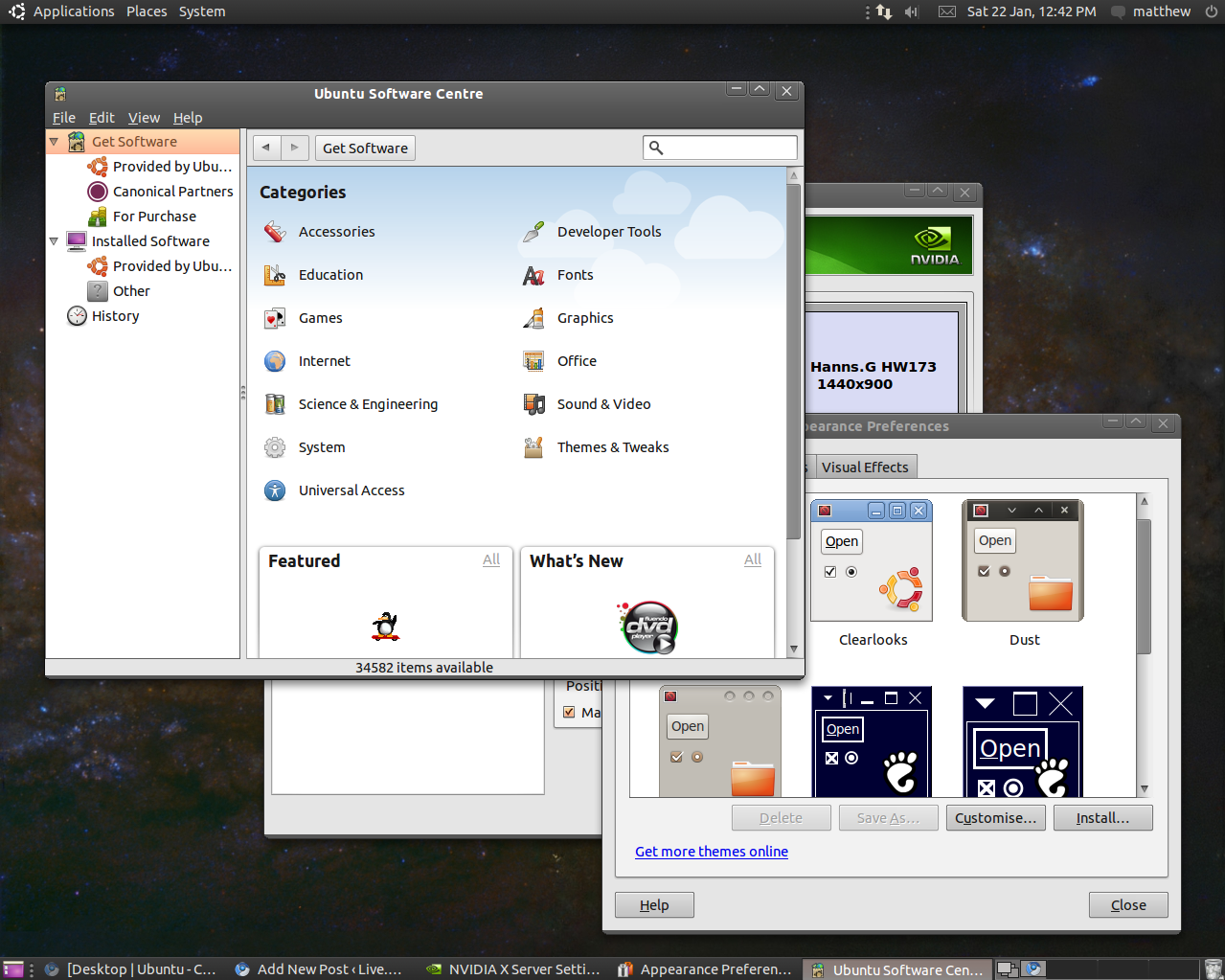 Just installed the latest Ubuntu version, 10.10, from the Desktop CD. It took about half an hour to install and then after a quick restart everything was up and running. Ubuntu is an open source and free Operating System full of all the best open source software around, things like Open Office and Firefox. This is all very usable stuff and sticks with Ubuntu’s philosophy of creating an open and free operating system,  unfortunately there are many applications which are proprietary closed source but prevalent enough to be needed for daily use – such as Adobe Flash or video encoders.

However, finally Ubuntu has decided to let the user decide if they want to install these extras. All you have to do is tick the box when the option pops up during installation. This makes the whole switch to Ubuntu far easier for all, far easier than ever before – after installation you have a fully configured system to use, play and work with.

There is still a slight annoyance in that proprietary drivers have to be selected after logging in to the system, although this is pretty much entirely automated. You don’t have to install these, but generally it is a good idea, to get the best out of your hardware – for instance I installed a Nvidia driver to get the best out of my graphics card, but all that really meant was I selected “yes” to install it.

I did have one many problem in that the driver had a little problem picking up my two monitors – not something I expect most people to have. If you do have multiple monitors and an nvidia card the best idea is to launch the “NVIDA X Server Settings” from the System->Administration then select “X Server Display Configuration”. It will likely show all monitors but some will be disabled; turn them on by setting the resolution to “Auto”, then click “Save to X Configuration File”, it will ask you for a password (incidentally, that’s another improvement from earlier versions), now logout and log back in. It should use all your monitors and it’s much safer to change the other settings from this point.

Once you are a little more comfortable have a look at personalizing some of the bit – the entire interface is configurable. A good starting place is “System”->”Preferences”->”Appearance”. Don’t forget to turn on the “extra” effects in the “Visual Effects” tab!

If your still not sure, you can always give it a try without any changes to your computer. Just download the ISO image, place it on a CD and leave it in the drive as you restart your compluter – it will actually boot from there so you can have a play without any changes. You can also install it “next to” your existing Operating system, so you can run them side by side.